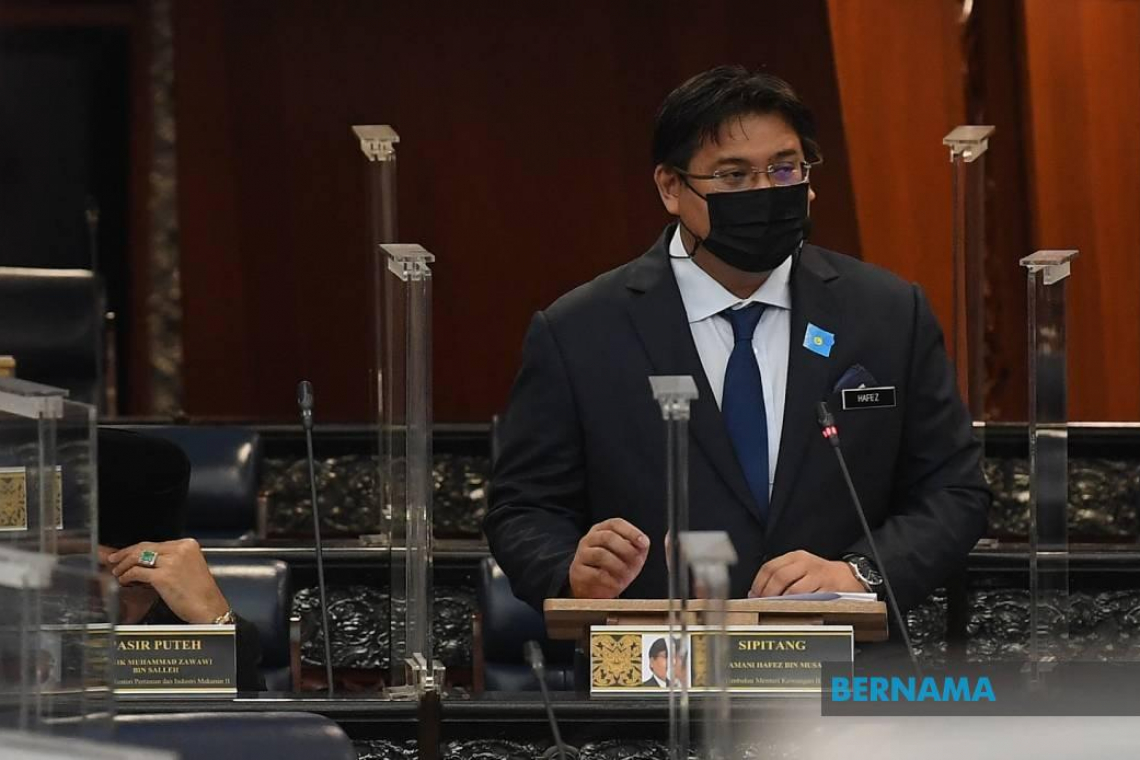 KUALA LUMPUR, Oct 11 – The Credit Counselling and Debt Management Agency (AKPK) is developing a Temporary Relief Programme (TRP) to reduce the burden of individual and small and medium enterprise’s (SME) borrowers who are still having difficulty restoring their cash flow.

Deputy Finance Minister II Yamani Hafez Musa said the borrowers would start encountering this problem once the repayment assistance under the National People’s Well-Being and Economic Recovery Package (PEMULIH) ended as their income would be continuously affected.

“The details of this programme will be announced in the near future,” he said when replying to a question from Datuk Mohd Salim Sharif (BN-Jempol) on assistance to borrowers through moratoriums at the Dewan Rakyat today.

Meanwhile, in response to a question on business financing facilities from Charles Anthony Santiago (PH-Klang), Yamani Hafez cited three reasons why some applications from SME were rejected by banks.

“These include insufficient cash flow, business not being viable and high levels of debt.

“However, entrepreneurs who need advisory services can contact SME customer service centres at financial institutions and BNM (Bank Negara Malaysia) Telelink on its website telelink.bnm.gov.my and Credit Guarantee Corporation Bhd (CGC) which provides an online platform that matches SMEs with appropriate financing based on business profile and scope of financing requirements,” he said.

He said SMEs that did not have any financing avenue would also be referred to the ImSME financial advisory team for further assistance and if the financing application is still unsuccessful, they could also contact MyKNP, a financing advisory services unit under CGC.

Yamani Hafez said the total financing facilities approved under BNM for the period of March 6, 2020 to July 28, 2021 amounted to RM16 billion, involving 37,959 SME accounts with an approval rate of 80 per cent of the total applications.

He added that of the RM600 million provided for PENJANA Tourism Financing (PTF), RM67 million was approved to 336 SME accounts with an approval rate of 63.5 per cent.