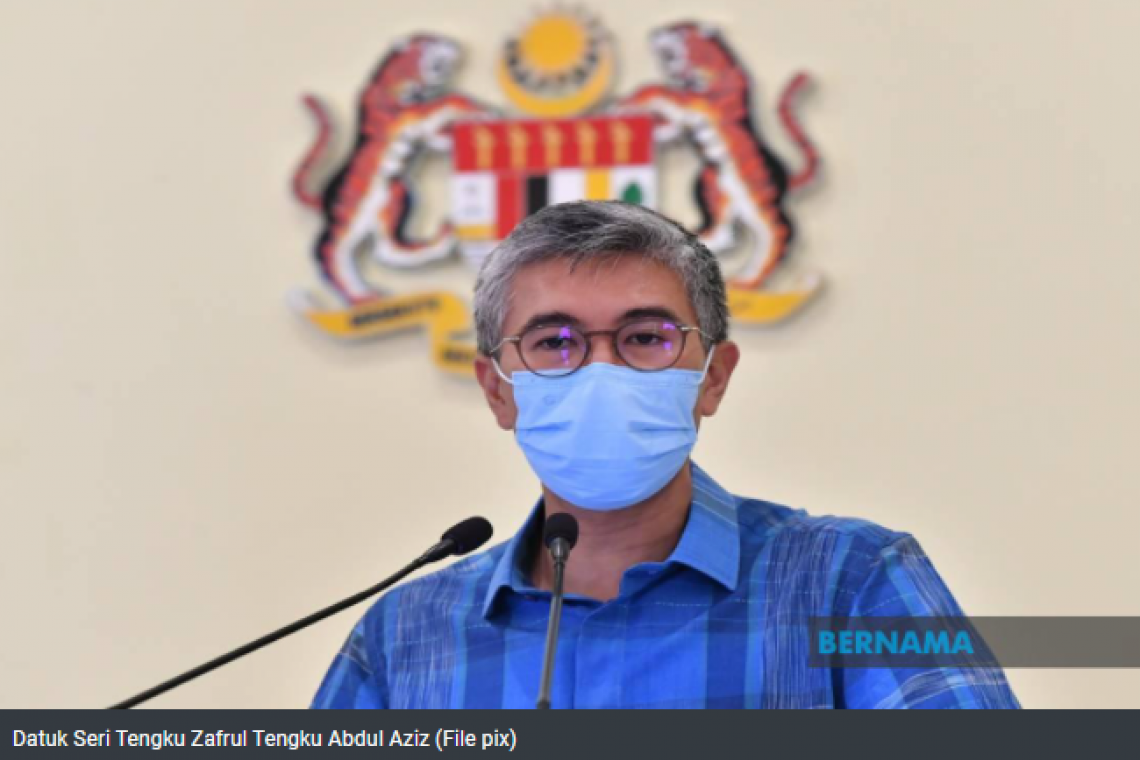 Tengku Zafrul said under the Kita PRIHATIN package, wage subsidy assistance was extended for an additional three months for existing employers who received PSUs while the six-month PSU assistance was given to all applications between Oct 1 and Dec 31, 2020.

"As at Oct 1, 2021, a total of RM1.395 billion has been channelled to 80,839 employers to continue operating and maintaining employment for 712,408 employees," he said at the 72nd Inter-Agencies Economic Stimulus Implementation and Coordination Unit (LAKSANA) report released today.

Tengku Zafrul said PENJANA’s Business Financing Scheme (SPiM) for Private Higher Education Institutions (IPTS) by Majlis Amanah Rakyat (MARA) had received 55 applications, and out of that amount, RM152.3 million had been channelled to 22 Bumiputera IPTS as at Oct 1.

Apart from that, he said funding for the PENJANA tourism sector recorded 701 applications, out of which 340 applications had been approved as at Oct 1, with total funding of RM67.5 million.

To support technical and digital adoption for small and medium enterprises (SMEs) and mid-tier companies (MTCs), Tengku Zafrul said the government had channelled a total of RM84.2 million to 13,884 businesses in the form of grants and loans for subscriptions to digitalisation services as at Oct 1.

He said the government had also channeled RM105.94 million to 38,870 SMEs in the form of matching grants to help them adopt digitisation services in business operations.

He said the government through the National People's Well-Being and Economic Recovery Package (PEMULIH) had announced a special Food Basket Programme for the Orang Asli community with an allocation of RM10 million which was also distributed through the Department of Orang Asli Development (JAKOA).

“As at Oct 1, these food baskets have been fully distributed and achieved their objective of benefitting more than 63,000 indigenous people.

"The government hopes that this food basket assistance can help the Orang Asli community who are not exempted from the attention and assistance provided by the government," he said.

Meanwhile, Tengku Zafrul said the government had channelled a total of RM1.114 billion in special allowances for frontliners based on 2,943,908 claims comprising doctors, nurses and other medical staff directly involved in the management and containment of COVID-19.

"This special allowance is also extended to members of the army, police, Customs, Immigration, firefighters, members of the Civil Defence Force and RELA members who are directly involved in implementing the Movement Control Order (MCO)," he said.

For the CENDANA Recovery Initiatives programme, driven by the Cultural Economy Development Agency, the government had allocated RM10 million to benefit 3,000 recipients from artists and organisations in the Malaysian arts and culture sector.

Recipients will receive different grant sizes depending on the targeted application and programme.

The government has also received many requests to reintroduce last year’s financial assistance to childcare centres and kindergartens.

"The government hopes that this special assistance can ease the burden of nursery management in complying with the guidelines for the prevention of transmission of COVID-19 issued by the National Safety Council," he said.