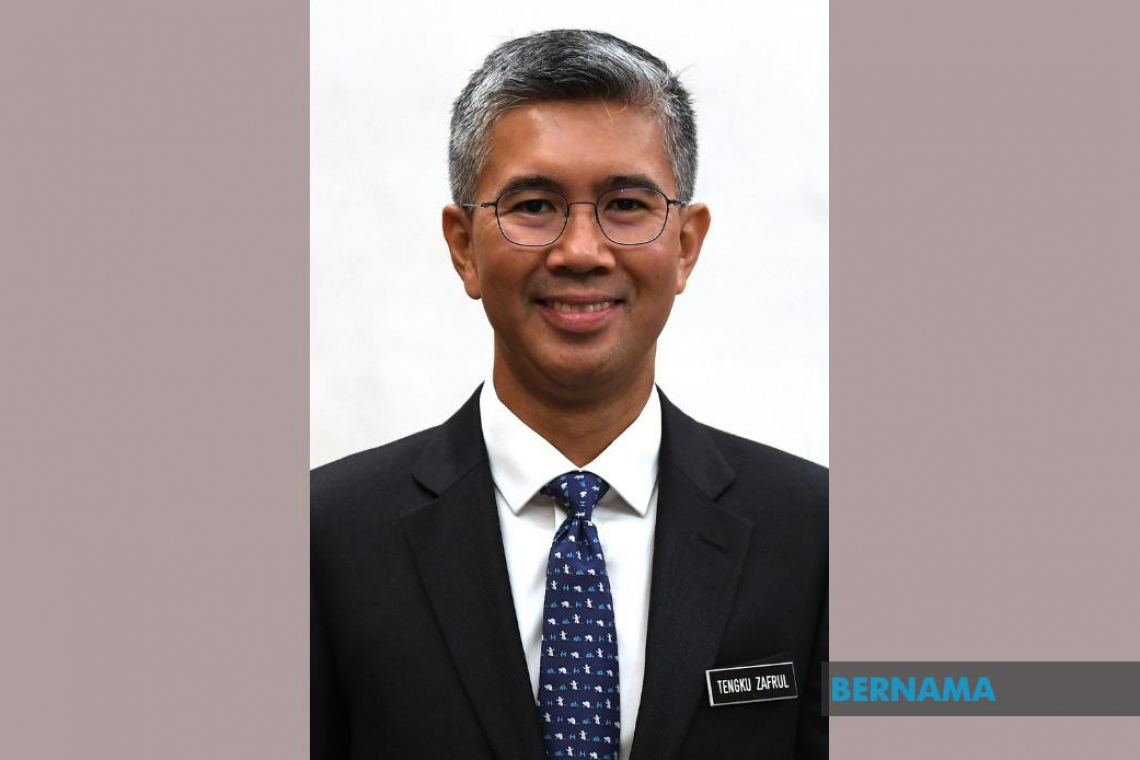 He said with the former banker remaining in the Cabinet, there would be policy continuity and clarity on the country’s fiscal policy direction.

“This means the government’s stand on the prevailing fiscal policy is likely to be expansionary as the country’s economy is still negatively affected by the COVID-19 pandemic,” he told Bernama.

During his tenure, Tengku Zafrul was also appointed as the National Recovery Plan (NRP) Coordinating Minister to monitor the implementation of strategies and assistance measures as well as taking proactive steps in dealing with the COVID-19-triggered health and economic crisis.

He was also in charge of the Economic Stimulus Implementation and Coordination Unit Between National Agencies (LAKSANA).

Mohd Afzanizam also said the re-appointment is crucial especially with the country still struggling with the pandemic since last year.

“The appropriate measures in particular on the right stimulus to be prescribed is critically important to ensure that Malaysian economy would able to recover swiftly,” he added.

Overall, he opined that it was a positive move by the Prime Minister as there would be a presence of technocrat such as Tengku Zafrul heading the ministry.

Commenting further on other portfolios, he said the appointment of Khairy Jamaluddin as the Health Minister is also a good choice as he has a proven track record in the Science, Technology and Innovation Ministry (MOSTI) in respect of the vaccination programme.

“In that sense, it should allay concern among the general public on our struggle to combat the pandemic spread and to engineer a swift economic recovery going forward,” he said.

Hence, he stressed that it was extremely important to ensure that the economy would be reopened fairly soon with an eye on the state of healthcare capacity and the spread of COVID-19.

Similarly, Universiti Malaya senior lecturer Dr Mohammad Tawfik Yaakub said the reappointment of Tengku Zafrul as Finance Minister is a clear signal that he had shown excellent performance before and should be retained to continue the economic recovery process planned by the government.

“The appointment of Khairy Jamaluddin as Health Minister is right and appropriate.

"I expect the people to welcome this appointment as we need a young person of calibre who can handle the COVID-19 pandemic in our country regardless of 'politicking' to ensure the health and safety of the people," he said.

No honeymoon period for the Cabinet

Mohammad Tawfik opined that there is no ‘honeymoon’ period for the Cabinet as it faces stiff challenges and obstacles in terms of health, economy and politics.

“The Cabinet must restore the people's confidence immediately through a new and extraordinary strategy to deal with the COVID-19 pandemic and the economy.

"This is actually an important formula for creating political stability and key recovery that needs to be given immediate attention by the government," he said.

Mohammad Tawfik also categorised this Cabinet as a Peace Cabinet to ease internal political tensions between the component parties that formed the government under the leadership of Prime Minister Datuk Seri Ismail Sabri Yaakob. For me, this Cabinet should be given the opportunity to prove that they are capable of carrying out more stern and aggressive tasks, he said.

This new Cabinet is formed after the embattled former Prime Minister Tan Sri Muhyiddin Yassin, who led the Perikatan Nasional government, stepped down on Aug 16, ending his beleaguered premiership.

Besides Tengku Zafrul who keeps his position as the Finance Minister, Datuk Seri Mohamed Azmin Ali is also retained as the Senior Minister and International Trade and Industry Minister, while Datuk Seri Mustapa Mohamed remained as the Minister in the Prime Minister's Department (Economy).