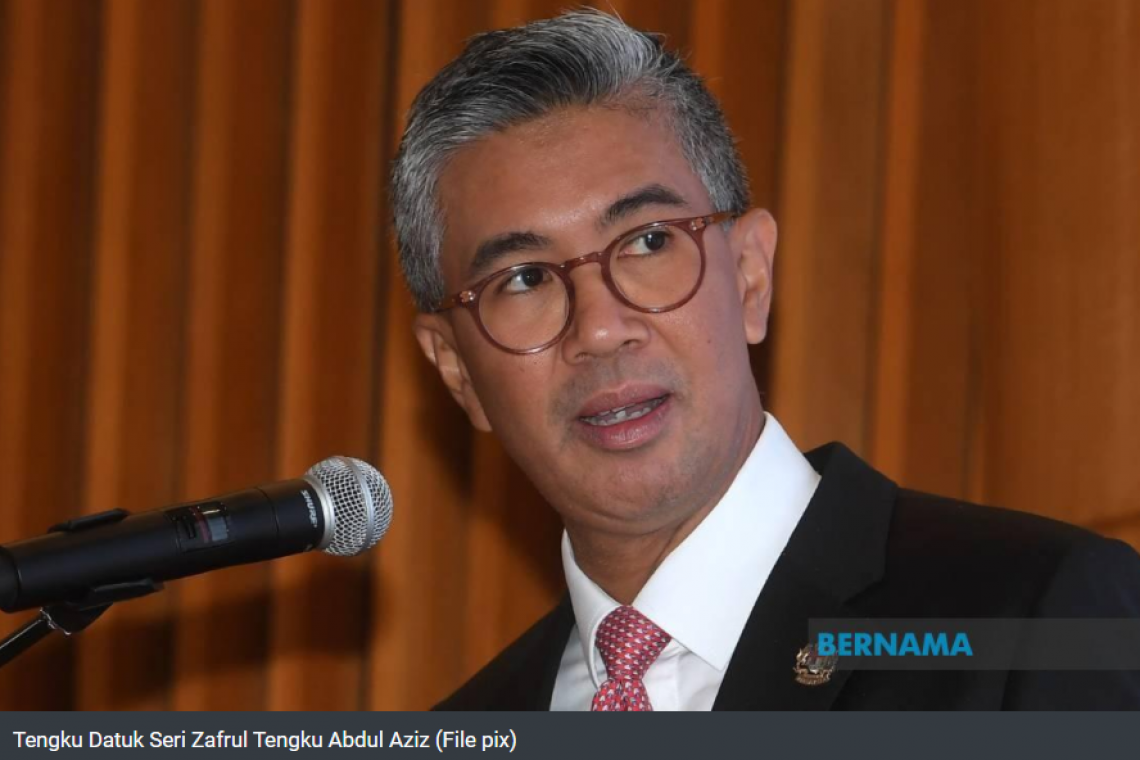 KUALA LUMPUR, June 10 – The government will do its best to curb the COVID-19 pandemic and ensure that the economic recovery will continue, said Finance Minister Tengku Datuk Seri Zafrul Tengku Abdul Aziz.

He said the public can also play their part by ensuring that they are vaccinated by applying through the MySejahtera mobile application.

"This is important for us to ensure that our economy is able to recover and grow again, starting from the second half of this year," he said in the 56th National Inter-Agency Economic Stimulus Implementation and Coordination Unit (LAKSANA) report released today.

According to him, a smooth vaccination programme, as well as widespread public acceptance, can help boost the country's economy.

Last week, Prime Minister Tan Sri Muhyiddin Yassin was reported as saying that in the effort to achieve herd immunity to curb the transmission of COVID-19, the country’s first-dose vaccination rate is among the highest in Southeast Asia.

To-date, Malaysia has distributed more than three million doses of COVID-19 vaccines, with more than two million people having received their first dose.

Tengku Zafrul also quoted a report by Moody's Investor Service which said that Malaysia is on the right track to recovery.

"The report also revealed that the country’s economy is stable based on our diversified, competitive and moderately large economies of scale, ample natural resources and strong medium-term growth prospects," he said.

He added that the government is also maintaining its effective and prudent economic and fiscal policies.

Meanwhile, Tengku Zafrul said as of May 28, the government has approved RM12.06 billion of loans under the SME Soft Loans Funds operated by Bank Negara Malaysia (BNM), benefiting 25,605 small and medium enterprises.

On the Prihatin Special Grant (GKP), he said overall, a total of RM5.1 billion had been and would be channelled to almost one million small and medium enterprises (SMEs) since the COVID-19 pandemic hit the country.

"The government hopes that this would help alleviate their burden, especially those who were particularly affected by the implementation of the Full Movement Control Order," he said.

Under the Supplementary Strategic Programme to Empower the People and Economy (PEMERKASA Plus), the government had decided to raise the GKP for SMEs and micro-enterprises to RM1,500, with almost one million eligible enterprises to receive RM1,000 in mid-June and a further RM500 in July.