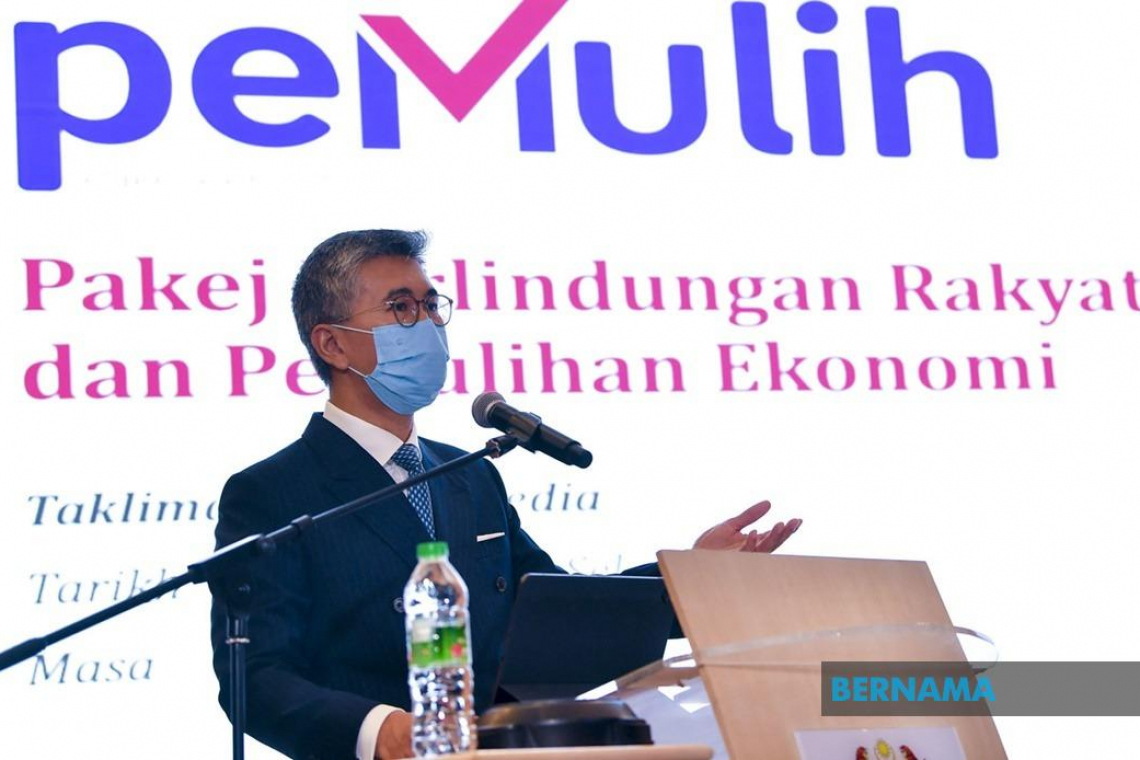 "The new forecast is expected to be announced in mid-August, together with a widened deficit figure," he told a news conference here today.

Previously, the government had projected the 2021 GDP growth to be between 6.0 per cent and 7.5 per cent.

“We are now studying the cost of the current Movement Control Order under Phases 1, 2, 3 and 4 of the National Recovery Plan.

“Phase 4 may have a mitigating impact on the GDP with the introduction of the National People's Well-Being and Economic Recovery Package (PEMULIH)," he said.

Tengku Zafrul said the government was positive that the implementation of PEMULIH, unveiled by Prime Minister Tan Sri Muhyiddin Yassin yesterday, could uplift the GDP by two per cent.

On the direct fiscal injection of RM10 billion under PEMULIH, he said the fund came from an increase in government revenue, partly from higher dividends from statutory bodies and government-linked companies, optimisation of expenditure, and an increase in borrowings.