NRP will guide Malaysia to exit the pandemic – Zafrul 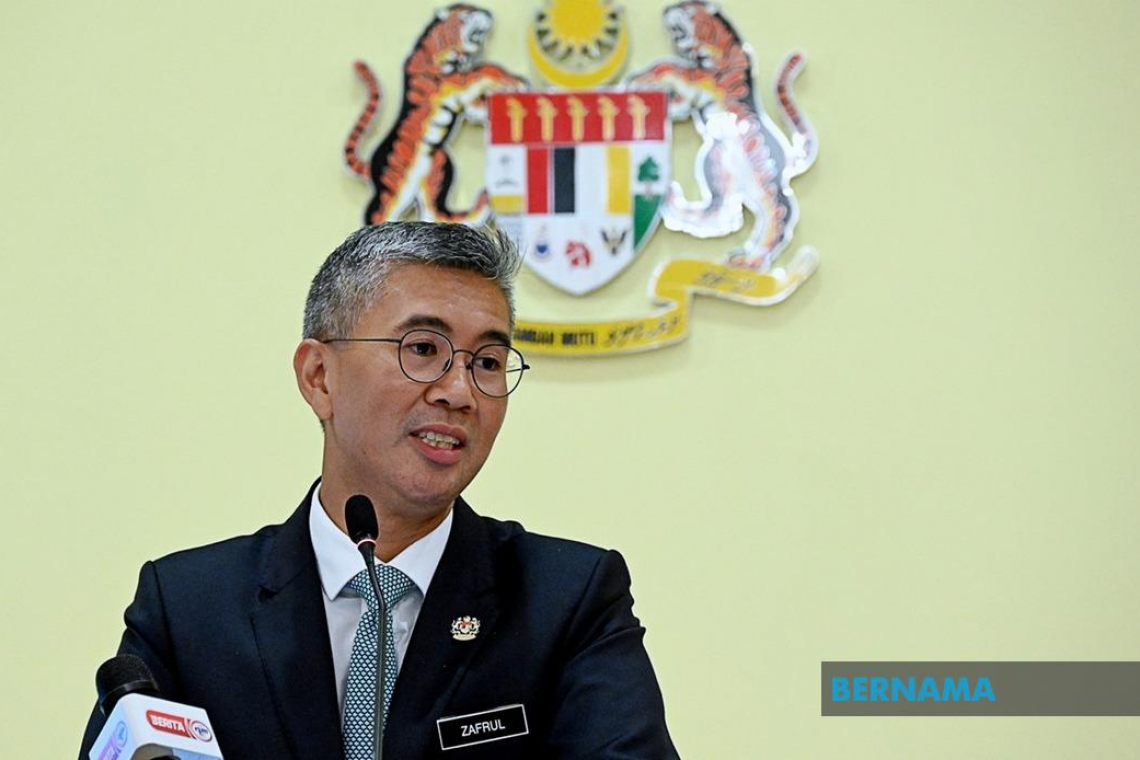 KUALA LUMPUR, July 13 – The government is confident that the strategies laid out in the National Recovery Plan (NRP) will help to guide the country’s exit from the COVID-19 crisis.

Finance Minister Tengku Datuk Seri Zafrul Tengku Abdul Aziz said for now, there is no one perfect solution that can enable Malaysia to exit the stressful and inhibiting lockdowns once and for all.

“I strongly believe that Malaysians will rise above this as they have done in many crises in the past, through our proven resilience and indomitable Malaysian cooperative spirit,” he said in an article published in The Straits Times, Singapore’s daily newspaper today.

According to Tengku Zafrul, thousands of young Malaysians have volunteered at vaccination centres and in government-run social support programmes.

“Coupled with efforts in refining our current COVID-19 case management, ramping up vaccinations and supporting the vulnerable, it is clear that these are not signs of a country heading towards a failed statehood, but of a nation determined to fight back against the mother of all pandemics.

“Failure is simply not an option. God willing, Malaysians will prevail over this crisis together and there will be better days ahead,” he said.

The minister noted that the country’s present difficulties have prompted an unfair assessment that Malaysia is “becoming a failed state".

However, the notion suffers from serious flaws, he said.

“Claims that Malaysia is in danger of becoming a failed state conveniently ignore the government's success in ramping up its vaccination rates.

“To-date, 3.1 million people, or over 10 per cent of Malaysia's adult population are fully vaccinated,” he said, adding that Bloomberg's COVID-19 Vaccine Tracker clearly shows the vaccination rate has dramatically improved.

“It will now take a mere five months to immunise 75 per cent of the population, compared with the estimate of 4.5 years made in April,” Tengku Zafrul said.

Citing the World In Data Covid-tracking site, he said Malaysia has been among the world’s leading countries in administering daily vaccinations, surpassing China, Britain, France and Germany as of July 10, 2021.

“Now that sufficient supplies are finally reaching our shores, we are pulling out all the stops and partnering with state governments, the private sector and the civil society on mass vaccination,” he said.

Tengku Zafrul said the recently announced NRP is a clear dynamic plan which relies on real-time data to track crucial threshold values in ensuring a systematic exit from the pandemic.

To-date, seven states have already met the three key indicators, enabling the states to move to phase two of the NRP, which entails the opening of more economic sectors, he said.

The indicators were the COVID-19 transmission level in the community, the public healthcare system's capacity to respond, and the vaccination rate of the population.

“The challenges in managing the pandemic are greater now, given the more aggressive Delta variant which has wreaked havoc in Southeast Asia, hence, our more aggressive strategy that includes enhancing lockdowns in hot spots and increasing targeted testing,” he said.

Commenting on the ‘white flag’ movement that detractors are claiming to be further evidence of impending failed statehood, he said the claim had not only missed the point that democracy is alive in Malaysia but also completely failed to appreciate the historical context and socio-political psyche of the Malaysian masses.

“I am sure that many social and political scientists are as baffled as I am by how a single community-care campaign on helping those in need can be equated with impending failed statehood,” he opined.

Furthermore, he said, despite being burdened with legacy debts, socio-economic structural issues and political uncertainty, the government had disbursed RM38 billion in the form of direct aid and subsidies last year, while RM45 billion has been allocated for 2021, with a balance of RM28 billion still to be disbursed.

The disbursements have assisted working and middle-class Malaysians, supported 330,000 employers and saved more than 2.7 million jobs in the country, while unemployment has been reduced from 5.3 per cent in May 2020 to 4.5 per cent in May this year.

“Do all these facts reflect a ‘failing’ state?” he asked.

Tengku Zafrul said the government has been working closely with stakeholders and opposition Members of Parliament to directly channel aid to fellow citizens, including the recent RM100 million Food Basket Programme to help those in need.

He said on July 1, the government launched another RM100 million food aid programme for about 300,000 urban poor via e-cash, allowing them to purchase essential items at partner supermarkets and food marts nationwide.

“Despite many constantly moving variables and unknowns, including a challenging political landscape since the start of the pandemic, the administration has done its utmost, and will continue to protect lives and livelihoods like other newly developed nations facing the same crisis,” he added.