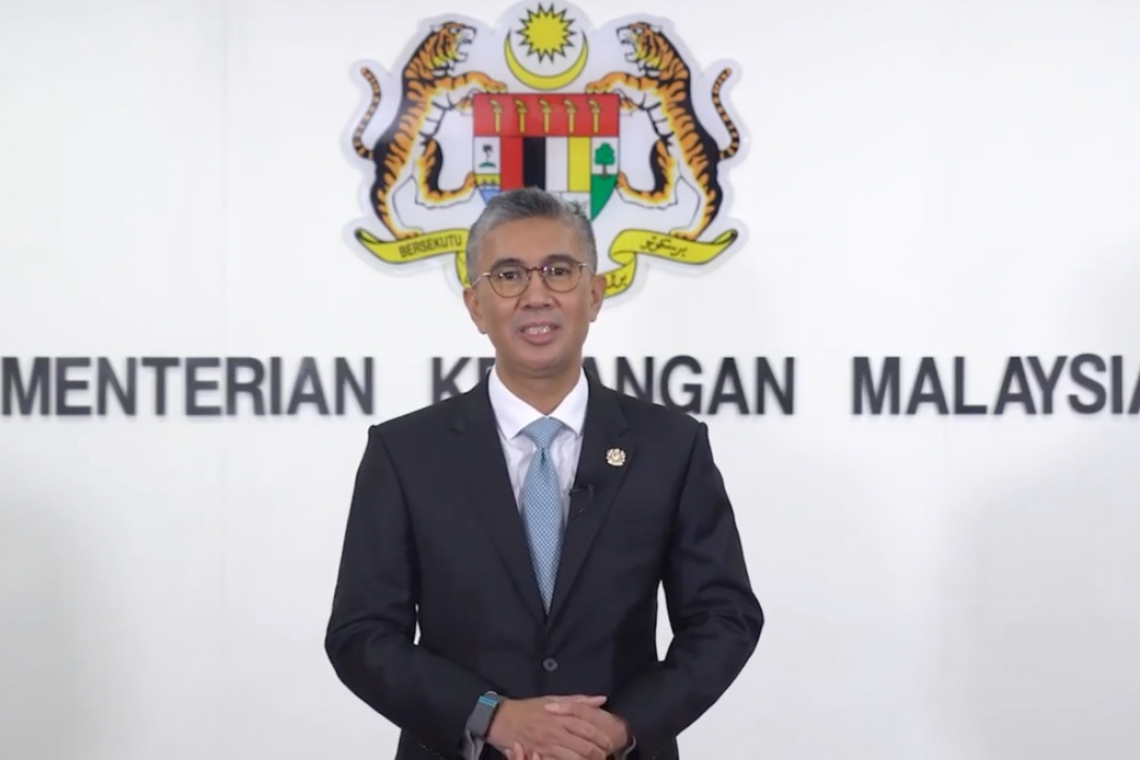 KUALA LUMPUR, Sept 21 – Budget 2022 will remain expansionary and is conceptualised as a recovery budget to support the government’s wider and longer term reform efforts under the 12th Malaysia Plan (12MP).

“The year 2022 will be a critical year for Malaysia, a rare window to jumpstart not just an economic recovery, but the recovery of industries, livelihoods, and jobs, especially those hit hardest by the pandemic,” he said in his opening keynote address at the 2021 Malaysian Banking and Finance virtual summit today.

In building resilience, he said banks and financial institutions play a crucial role in, among others, supporting clients in their transition to the needs of the new normal, including embracing digitalisation in their business focus and operations.

“Banks also play a crucial role in enhancing the role of financial intermediation throughout the business cycle of any enterprise, be it the aspiring entrepreneur or the conglomerate on the verge of an initial public offering; and exploring alternative forms of financing including blended finance, supply chain financing or new trade-based facilities,” he said. “These efforts will complement wider initiatives by the government, including the National Fourth Industrial Revolution Policy (4IR), where digitalisation and technological adoption are crucial in boosting our economic prospects and resilience, in accordance with the Malaysian Digital Economy Blueprint.”

As a mobiliser of capital, Tengku Zafrul said the banking industry is key in facilitating the transition of companies towards low carbon and sustainable practices via financing and investment beyond the pandemic, be it supporting renewable energy adoption, new technologies, or novel ways of doing business.

“Of course, a factor in building back better is changing how banks themselves operate. At the global level, it is encouraging to see that more than 45 per cent of the global banking industry has signed up for the UN Environmental Finance Initiative’s Principles of Responsible Banking,” he added.

The minister also urged more financial institutions in the country to follow suit, which will augment their business with the objectives of the Sustainable Development Goals and the Paris Climate Agreement.

He said doing so will ensure the deep integration of sustainability across all business areas of a bank, from strategic decisions, credit appetite to procurement.

“Efforts like these will certainly complement the government’s embrace of the UN Sustainable Development Goals in its annual budgets. Beginning with Budget 2021, this feature will continue in Budget 2022, as well as through wider initiatives like the SDG-aligned 12MP and the Shared Prosperity Vision 2030,” he said.

As the health of the financial sector is tied to the wider economy, Tengku Zafrul said it is crucial that the banking industry doubles down on driving a strong economic recovery while supporting business continuity, especially in jumpstarting businesses when the economy reopens.

In this respect, he said the banking industry is expected to facilitate lending to businesses with accommodative financing and repayment terms, including participating in the iTEKAD programme that supports micro entrepreneurs to start and sustain their businesses.

The industry must also provide non-debt-based facilities such as the CAKNA and Jana Niaga liquidity schemes that relieve cashflow constraints of small and medium enterprises (SMEs) without increasing their gearing positions.

The banks also should encourage digital payments, including through the onboarding of small merchants to accept QR payments and ensuring affordable merchant fees; and supporting, including via the various financing schemes, the most underserved segments of borrowers, be it the hospitality sector, micro enterprises, or women entrepreneurs, he said.

In enhancing the social protection coverage, he said that the government, in concert with the Bank Negara Malaysia (BNM) and the insurance and takaful industry, is in the final stages of rolling out the Perlindungan Tenang Voucher programme, which will provide financial assistance for up to 8.4 million Bantuan Prihatin Rakyat recipients in purchasing insurance and takaful coverage from licensed providers.

“In the long run, the government and BNM will continue to stress the importance of financial literacy and sound financial decision-making via the various efforts under the Financial Education Network,” the finance minister said.

Meanwhile, the Economic Club of Kuala Lumpur’s chairman of advisory council Tan Sri Abdul Wahid Omar said apart from the government’s stimulus packages, one of the main factors enabling economic recovery is the resilience of the financial system and the capital markets.

“Having learned the lessons from the Asian Financial Crisis 1997/98 and the Global Financial Crisis 2008, the banking sector is now better capitalised, liquid, better managed and well supervised and regulated,” he said in his welcoming speech.

“The asset quality of the banks improved significantly with net impaired loans ratio improving from the high of 13.59 per cent in 1998 to 2.24 per cent in 2008 and 1.03 per cent as at July 2021. Loan loss cover ratio similarly improved from 39 per cent to 75 and 112 per cent respectively,” he said. “And with the loans to deposit ratio improving to 87.2 per cent as at July 31, 2021, there is sufficient liquidity for the banks to fund future loans growth to grow the economy further.”

Apart from playing the traditional role of mobilising funds from depositors and channeling them to productive sectors of the economy, he said Malaysian banks and financial services companies are also well represented in the stock market with significant weighting in both the FBM KLCI and the FTSE4GOOD Bursa Malaysia sustainability index.

On the environmental, social, and governance (ESG) front, Abdul Wahid said financial services stocks make up 38.6 per cent of the FTSE4GOOD Bursa Malaysia index weightage compared to 12.8 per cent for Telco & Media, 10.8 per cent for Utilities and 10.5 per cent for Consumer Products & Services.

“We expect these financial services companies to play a major role in sustainability and influencing corporate Malaysia committing towards net zero CO2 equivalent emissions by 2050,” he added.