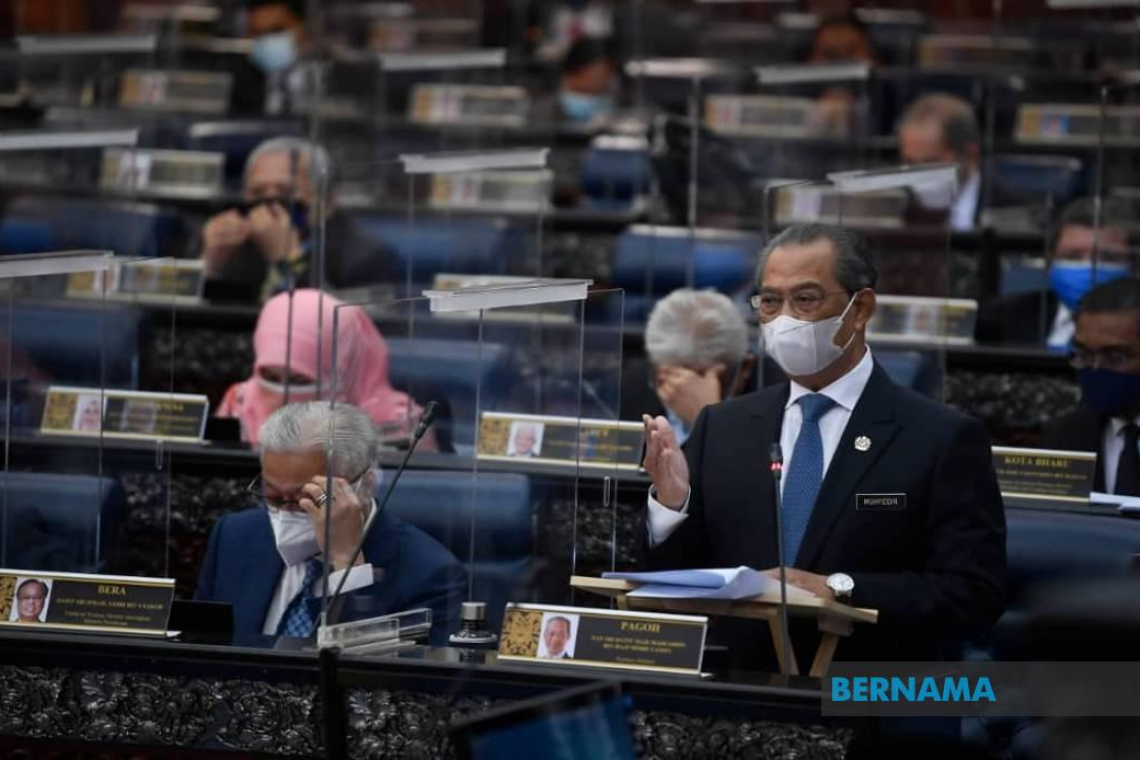 KUALA LUMPUR, July 26 – Suggestions to improve the implementation of the National Recovery Plan (PPN) and ways to overcome the hardship endured by the people during the ongoing COVID-19 pandemic were among the issues raised by members of parliament at the special meeting of the Dewan Rakyat which opened today.

Despite some dissatisfaction expressed by several opposition MPs who had sought explanations and clarifications from the government as they cited the Dewan Rakyat Standing Orders and the Federal Constitution, the MPs generally raised issues affecting the people.

Today’s sitting had Prime Minister Tan Sri Muhyiddin Yassin give a statement on the PPN, giving the assurance that the government will not let the people suffer.

“True, this government is not perfect. But the fact remains that the government of today will not let the people suffer. It will always act to save lives and livelihoods,” he said.

Muhyiddin also said that the government understands that the people get into a state of anxiety and worry when there is a rise in the daily number of COVID-19 cases.

The explanation by the prime minister was followed by 12 MPs expressing their views and putting forward questions on the implementation of the PPN.

Nurul Izzah Anwar (PH-Permatang Pauh) suggested that the plan be worked on more realistically and that it should not use the performance of the vaccination programme as the main indicator for transition to the subsequent stipulated phases.

She said the country should take the cue from Iceland which recorded an increase in cases after introducing greater relaxation, including allowing the entry of foreigners when the vaccination of the population reached 85 per cent.

“I fear that if we are too hasty in opening all sectors by relying on the success of vaccination without a realistic gauge of the level of the people’s suffering as well as health measures, the country may face other problems.

“The PPN must also take into account future implications such as preparation for the floods and monsoon season as the country continues to face the spread of the disease as well as the vaccination programme,” she said.

In terms of providing assistance, Nurul Izzah said the government needed to re-evaluate the Poverty Line Income Limit (PGK) based on the current situation following the outbreak so that aid could be given more fairly and holistically.

Meanwhile, several MPs also raised the issue of the implementation of the Bakul Makanan Prihatin (BPN) food assistance programme, including Datuk Salim Sharif (BN-Jempol) and Datuk Jalaluddin Alias (BN-Jelebu) who wanted the distribution of food baskets to be done holistically to all affected people.

They suggested that the Ministry of Women, Family and Community Development continue to increase resources and capabilities in the field to ensure that the aid reaches the target groups based on the BPN plan.

Steven Sim Chee Keong (PH-Bukit Mertajam), who raised the issue of vaccination, hoped that the government could give appointment dates as soon as possible to the people who have not been vaccinated, besides asking for an unconditional and interest-free loan moratorium to make people's lives easier.

The Dewan got heated up in the afternoon when the winding up was about to be done by Finance Minister Datuk Seri Tengku Zafrul Tengku Abdul Aziz as the PPN Coordinating Minister.

However, Tengku Zafrul proceeded with the winding up after Deputy Prime Minister Datuk Seri Ismail Sabri got up to explain that it was on the PPN and that Tengku Zafrul was doing it in his capacity as the PPN Coordinating Minister.

The special meeting continues tomorrow with a briefing on efforts to address the COVID-19 pandemic by Health Minister Datuk Seri Dr Adham Baba.