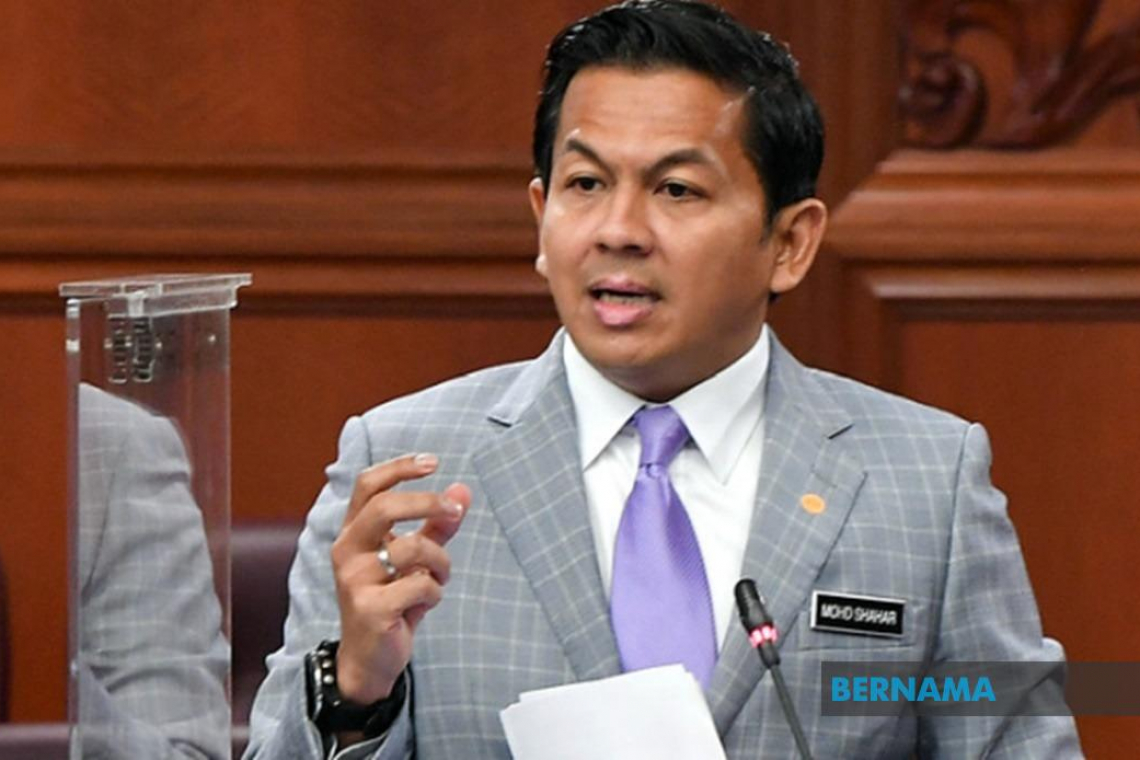 Deputy Finance Minister I Mohd Shahar Abdullah said the Federal Government’s revenue for the entire year is projected to rise 4.2 per cent to RM236.9 billion or 15.1 per cent of the Gross Domestic Product (GDP) based on the forecast for economic growth and business prospects.

“Of the tax revenue, RM58.3 billion came from direct taxes while indirect taxes made up RM21.9 billion,” he disclosed in the Dewan Rakyat today.

He was replying to an oral question from Fong Kui Lun (DAP-Bukit Bintang) on the country’s financial position in terms of revenue and expenditure as the COVID-19 pandemic entered its second year.

On H1 2021 expenditure, he said the government spent RM164.2 billion, up 5.7 per cent from last year’s corresponding period.

He said the bulk of the administrative expenditure -- 65.5 per cent -- was for emolument expenses (RM43.2 billion), debt servicing (RM18.4 billion) and retirement payments (RM15.3 billion).

On the development expenditure, he said 82.5 per cent went to the economic and social sectors.

Mohd Shahar said the government understands the people’s anxiety on the revenue collection not achieving the target announced during the tabling of Budget 2021.

In Budget 2021, fiscal deficit for the year was projected to be 5.4 per cent of GDP based on an estimated economic growth of 6.5 to 7.5 per cent.

He said that following the third wave of the pandemic and the implementation of the nationwide Movement Control Order, the 2021 fiscal deficit level was reviewed and was expected to rise to about 6.5-7.0 per cent after taking into account a forecast drop in GDP growth to three to four per cent.

Due to this, the Finance Ministry announced forward measures via the pre-budget statement that gives measures to explore new revenue streams, he said.

“This includes introducing the Tax Identification Number (TIN) to ensure that all people who should pay to the government do pay, as well as tighter controls on the licensing and importation of tobacco products and imposition of excise duty on electronic cigarettes or vapes,” he said.

He said the government also has a medium-term revenue strategy to reevaluate strategies based on current needs.

Meanwhile, touching on whether Malaysia had recorded a current account deficit, Mohd Shahar said the country’s legislation does not allow for the government to have such a deficit in any given financial year as a whole.

“Nonetheless, during H1 2021, the financial position showed the government incurred a current deficit based on a mismatch between revenue and expenditure. This is nothing new, as such a mismatch has been recorded since 2016.

“However, revenue is expected to grow significantly in the second half of 2021, whereby the additional revenue collection would be based on companies’ tax filings which were finalised only at the end of June,” he added.