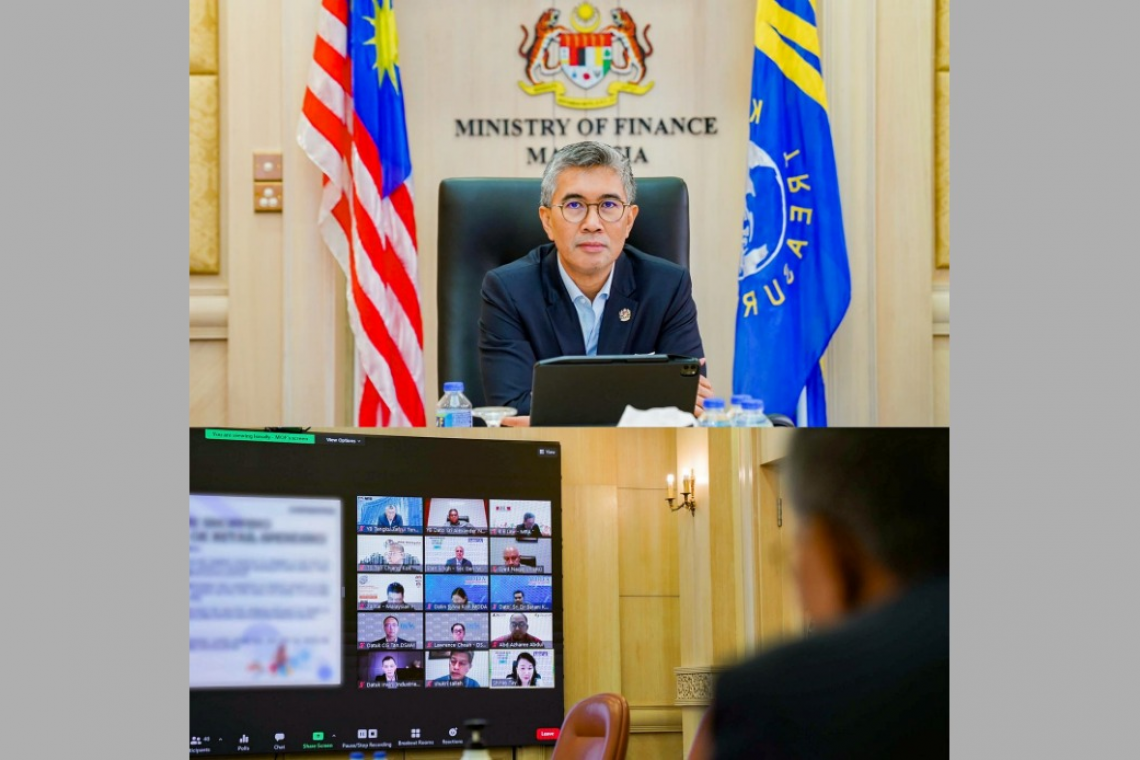 KUALA LUMPUR, Sept 9 – Finance Minister Tengku Datuk Seri Zafrul Aziz today reiterated that the government stands ready to provide additional fiscal support should there be a need in order to preserve the well-being of the people and businesses as well as strengthen the country’s healthcare system, while minimising scarring to the wider economy.

For this year alone, the government has announced four assistance packages with RM26.8 billion in fiscal injections.

Consequently, he said, the deficit was expected to increase from 5.4 per cent of the Gross Domestic Product (GDP), as targeted in Budget 2021, to around 6.5-7 per cent of GDP, with statutory debt expected to hit the ceiling of 60 per cent by end of the year.

In total, there have been eight stimulus and assistance packages since the onset of the pandemic.

“Should the need arise again, we will provide fiscal support through a combination of cost rationalisation, additional dividends from the government’s ecosystem as well as increasing the debt ceiling to 65 per cent in order to facilitate more borrowings,” he said during a question-and-answer session at the National Recovery Summit held virtually today.

He assured that as the crisis subsided in the longer term, the government would resume its path of fiscal consolidation guided by the Medium-Term Fiscal Framework and supported by the gradual implementation of the Medium-Term Revenue Strategy, which aims to improve the country’s revenue base.

“This will balance short-term fiscal requirements with long-term fiscal and economic sustainability,” he said.

Asked on the key thought principle in nurturing economic recovery and building a COVID-19-resilient society, Tengku Zafrul said foremost, it was important to recognise that the road to recovery was often not smooth but uneven with peaks and troughs.

“That is true of Malaysia’s economic story -- for example, the experience of the roaring 90s before the Asian financial crisis. The key has always been to build resilience to weather the shocks, be it in the form of effective institutions, rule of law, robust infrastructure or deep reserves.

“And, it has certainly paid off. Between 1991 to 2020, Malaysia’s gross national income per capita grew 5.8 times to RM42,503, despite experiencing four economic downturns in that same period. Economic development is not smooth but uneven with peaks and troughs.”

According to him, the same is true in the road to building a COVID-19-resilient society.

“It is uneven, with peaks and troughs. Understandably, there have been moments of frustration and confusion.

“However, what is critical is that we continue to double down on building our resilience to weather these moments while keeping view of our collective end destination,” Tengku Zafrul said.

Hence, he said, the government was studying efforts to strengthen the healthcare system’s resiliency and preparedness for future pandemics while meeting the longer-term challenges of an ageing population and non-communicable diseases.

As for the growth outlook for 2021 and 2022, he said the expected re-opening of the economy would support a gradual recovery in the fourth quarter this year, with stronger external demand, ramp-up in commodity production, some materialisation of pent-up demand, and continued investment in large-scale infrastructure projects following lifting of restrictions providing a further lift to economic growth.

Tengku Zafrul said the recovery was expected to accelerate further going into 2022.

“Of course, our economic recovery is intertwined with our efforts in managing the COVID-10 pandemic. Much will hinge on the speed of the vaccination programme, how ICU (intensive care unit) utilisation progresses, as well as emergency of newer variants of the virus. On some of these fronts, we are seeing some promising signs,” he added.