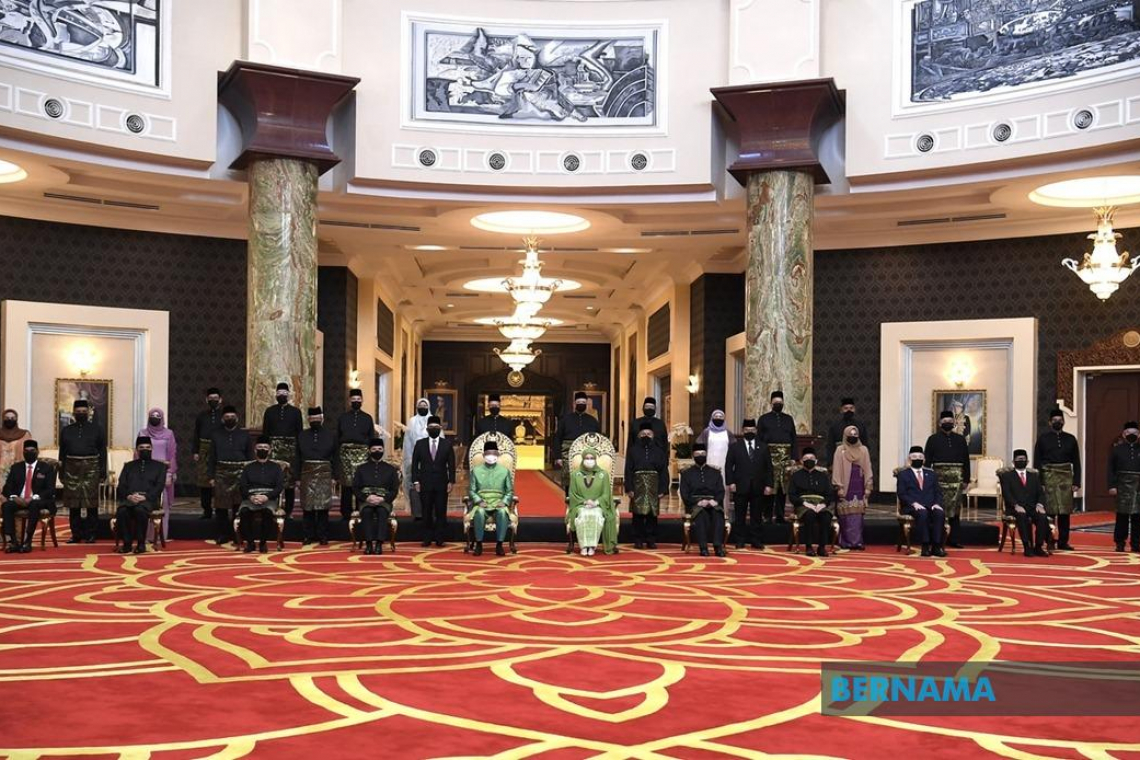 Two of them were unable to attend the swearing-in ceremony today namely Tan Sri Noh Omar (Minister of Entrepreneur Development and Cooperatives) as he had been a close contact of COVID-19 patient and Datuk Mohamad Alamin (Deputy Education Minister II) who was tested positive for COVID-19.

Ismail Sabri was also unable to attend the ceremony as he had to undergo self-quarantine for having been a close contact of COVID-19.

The ceremony, held in the Throne Room, began at 2.30 pm with the oath-taking followed by the signing of the appointment letters which was witnessed by Chief Justice Tun Tengku Maimun Tuan Mat and Chief Secretary to the Government Tan Sri Mohd Zuki Ali.

The ministers were divided into five groups while the deputy ministers, into six groups, in taking their oath of office before the King.

The ceremony then proceeded with the swearing-in of 37 deputy ministers and was concluded with their photo session with both Al-Sultan Abdullah and Tunku Azizah.