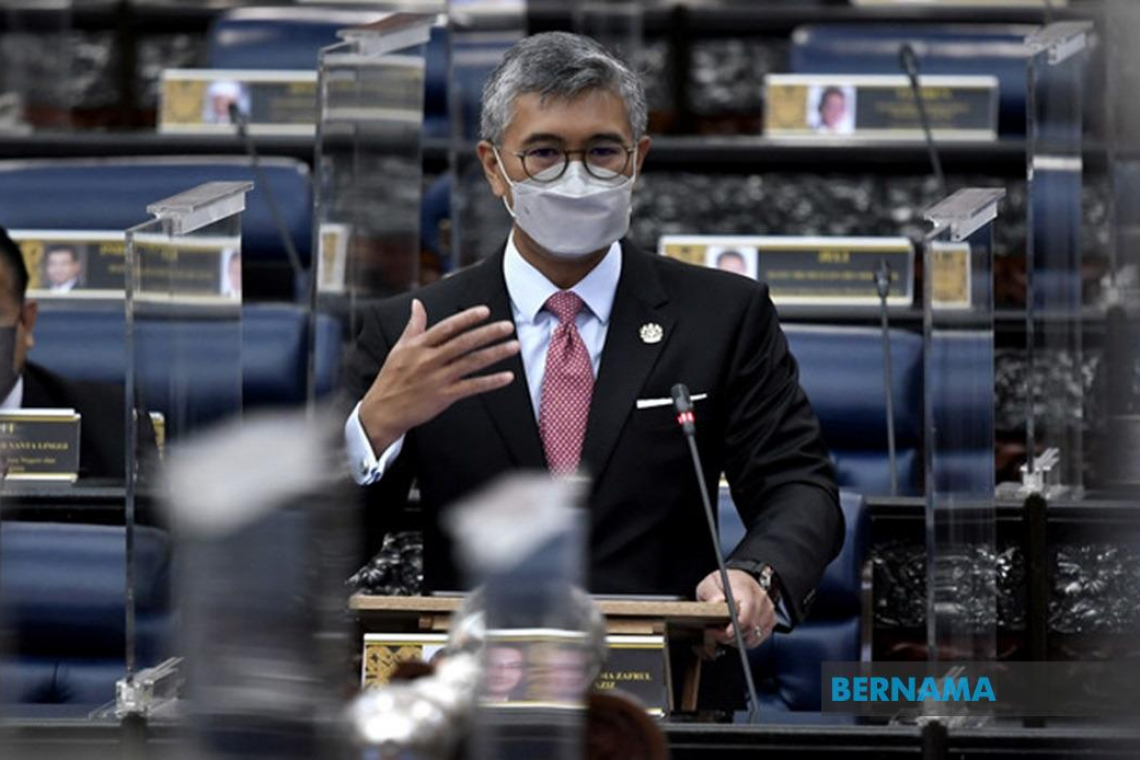 KUALA LUMPUR, Oct 5 – More than RM330 billion or 62 per cent of the RM530 billion allocated by the government under eight economic stimulus and aid packages have been utilised, benefitting 20 million Malaysians and 2.4 million businesses as of Sept 24, 2021.

"As the COVID-19 situation is dynamic in nature, the government has remained vigilant with regards to the current developments.

“Based on Budget 2021, the deficit is projected to be at 5.4 per cent," he said in reply to a question from Lim Guan Eng (DAP-Bagan) on the amount that has been spent under the economic stimulus and aid packages since the COVID-19 pandemic hit Malaysia.

Tengku Zafrul added that the government had taken an expansionary fiscal policy approach in facing the COVID-19 crisis.

"Therefore, the deficit for this year is expected to reach between 6.5 and 7.0 per cent.

To accommodate the additional fiscal injections specifically to address the COVID-19 crisis, the government had financed economic stimulus packages through the COVID-19 Fund.

As of mid-September 2021, the total amount spent under the fund has reached RM60 billion, or more than 90 per cent of the fund’s current ceiling cap of RM65 billion.

“Given the need for additional expenditure, the government will be tabling the proposal to increase the ceiling cap for the COVID-19 Fund from RM65 billion to RM110 billion to finance the additional aid and support measures for this year and beyond," said Tengku Zafrul.

He added that the government had allocated RM33 billion as direct cash assistance for the people.

On another note, the minister said that any individual may open an account with a licensed bank, including offshore accounts, provided that the person has passed the due diligence process as stipulated by the Anti-Money Laundering, Anti-Terrorism Financing and Proceeds of Unlawful Activities Act 2001 (AMLA).

Tengku Zafrul said this in reply to a supplementary question from Lim with regards to the government’s efforts to bring back funds that had been kept offshore as revealed in the Pandora Papers.

According to the International Consortium of Investigative Journalists’ website, the Pandora Papers is the result of the biggest journalism partnership in history; revealing millions of leaked documents and uncovering financial secrets of current and former world leaders, politicians and public officials, among others.

The leaked records come from 14 offshore services firms from around the world that set up shell companies and other offshore nooks for clients, many of whom had sought to keep their financial activities in the shadows.