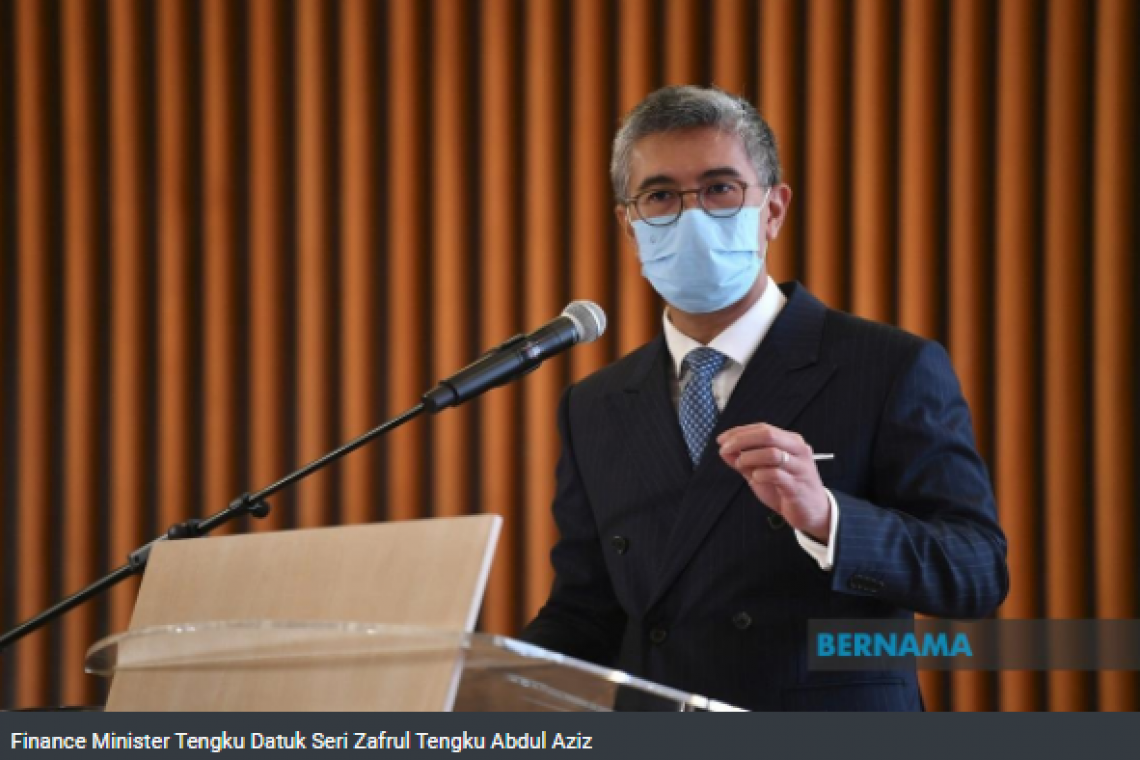 He said in an effort to help the target groups find jobs, RM2 billion was allocated for the PenjanaKerjaya programme under Budget 2021, for which PenjanaKerjaya 2.0 has helped more than 141,000 people secured jobs.

“Meanwhile, PenjanaKerjaya 3.0 has been introduced under the People's Well-being and Economic Recovery Package (PEMULIH), with several improvements incorporated.

"Among them are reducing the salary eligibility limit under the Malaysianisation programme and easing the employment contract period for workers aged 50 and above, the disabled and ex-prisoners," he said in the 64th Inter-Agencies Economic Stimulus Implementation and Coordination Unit (Laksana) report on Thursday.

The NEC was established with the target of creating 500,000 jobs and skills training placements through strategic collaboration between government agencies and industry players.

Tengku Zafrul said the government was also aware of the commitments facing SMEs and micro-entrepreneurs such as bills, rent and employee salaries.

Hence, he said continuous assistance has been and is being implemented to ensure that they persevere and could bounce back.

“Among them, an allocation of almost RM20 billion for the Wage Subsidy Programme and so far RM15.6 billion has been channelled, benefitting more than 330,000 employers and preventing 2.8 million workers from losing their jobs.

"SMEs that experience a reduction in income due to COVID-19 will be given a wage subsidy of RM600 per month for each employee, limited to 500 employees," he said.

Tengku Zafrul said starting August, the wage subsidy will be detailed in the salary slip of each employee who receives the government wage subsidy.

On a question raised during the Dewan Rakyat session recently whether the size of the aid package was sufficient, he said the government had introduced eight economic packages amounted to RM530 billion since last year, including the largest budget in the country's history in Budget 2021 amounted to RM322.5 billion.

"Imagine that even though the country's economy is in the worst crisis since World War II, the government is still committed and able to provide an overall aid package worth RM305 billion or 22.7 percent of gross domestic product (GDP).

"This is one of the largest rates compared to stimulus packages from other countries such as Indonesia, South Korea and the United States," he said.

However, the key to the recovery, as well as success against COVID-19, hinges on the level of vaccination achieved, he added.