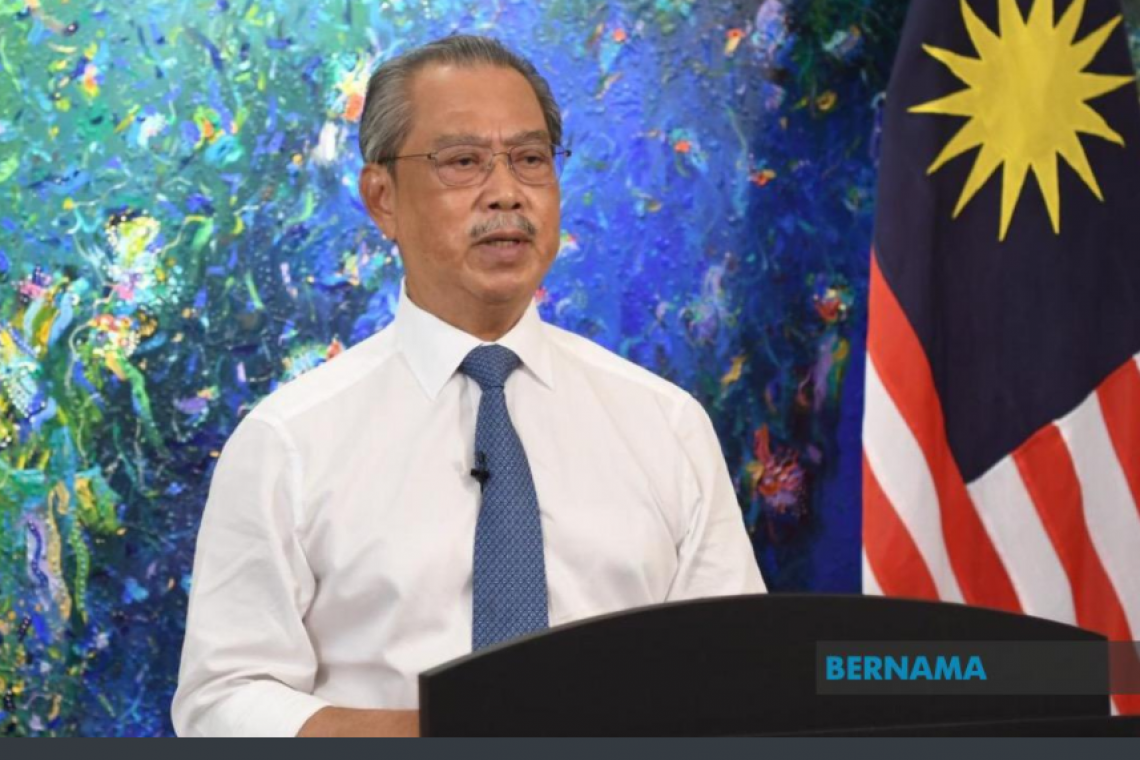 The Supplementary Strategic Programme to Empower the People and Economy or PEMERKASA Plus includes the government’s direct fiscal injection of RM5 billion and involves 12 initiatives that will be implemented with three goals - to enhance public health capacity, continue with the ‘PRIHATIN RAKYAT’ agenda and support business continuity, he said.

“This is among the government’s efforts to continue with the PRIHATIN RAKYAT Agenda and the government’s commitment in managing the current crisis,” he said in a national address on the MCO 3.0 broadcast over radio and television.

Muhyiddin said the government would do its best to ensure a balance between lives and livelihood as well as opportunities for the people to earn a living for their beloved families during the MCO period.

The government has announced a nationwide total lockdown, save for essential economic activities, from June 1 to 14 in view of a high number of COVID-19 positive cases that exceeded 9,000 last Saturday.

Muhyiddin said that since the COVID-19 outbreak in the country, the government had implemented various aid and economic stimulus packages amounting to RM340 billion which have benefited more than 20 million members of households as well as more than two million businesses with an economic injection of over RM200 billion.

These fiscal injections and measures had enabled the economic performance to improve, reflecting positive results and impact to continue to boost economic growth, support business and provide assistance to the affected people and economic sectors, he said.

The prime minister explained that the decision to impose the stricter MCO was a difficult one but it had to be made and that whether the MCO would be successful or not was left to the people and divine will.