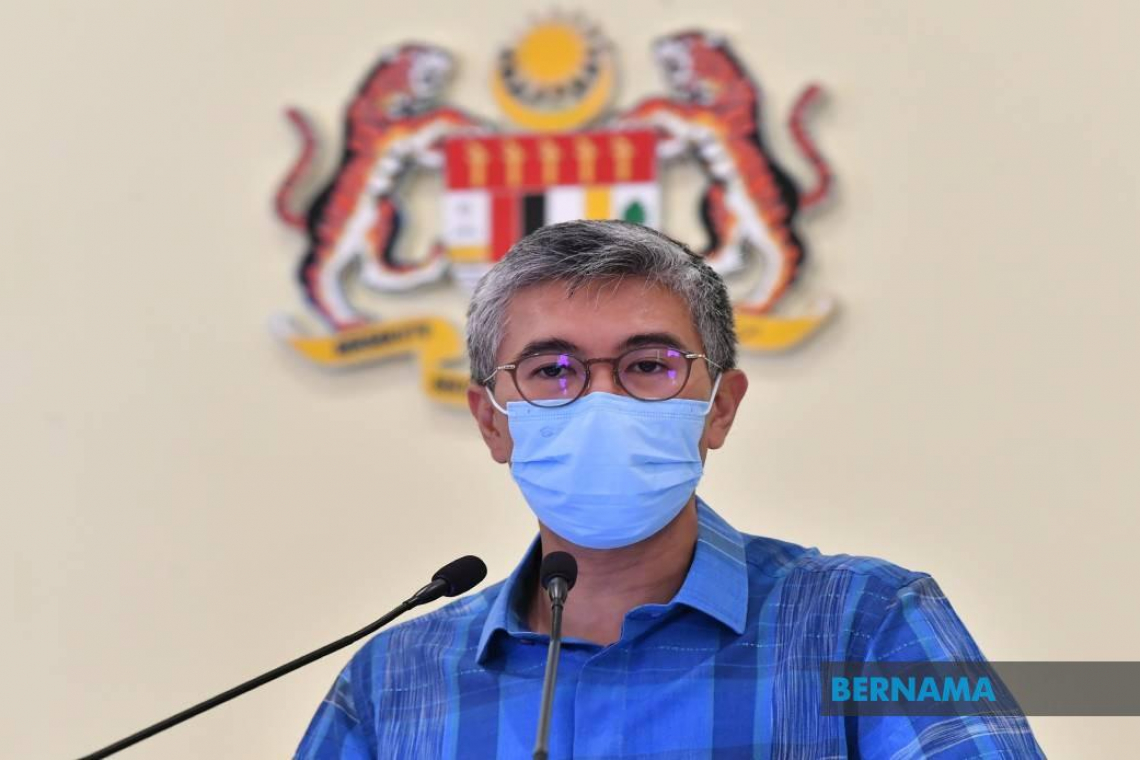 KUALA LUMPUR, Sept 2 – Malaysia can’t afford a cut in corporate tax, which is currently at 24 per cent, unless the country’s tax base is broadened and the country maintains a stronger than average growth trajectory, Finance Minister Tengku Datuk Seri Zafrul Abdul Aziz said today.

“(Hence) Malaysia, I believe, is not in the position at this stage to afford a tax rate cut as one of the problems have been in our narrow tax base. Until we can broaden our tax base and maintain a stronger than average growth trajectory, then we can consider a cut in corporate tax rate,” he said in an interview with Singapore’s The Straits Times entitled: “Beyond the Pandemic: Malaysia’s way forward.”

However, given the global trend is favouring lower corporate tax, Malaysia in the future may need at some point to review corporate structure to realign with the broader economic growth in the medium term, he said when asked if Malaysia will consider cutting its corporate tax to 15 per cent over the next 3-5 years.

Malaysia’s corporate tax is among the highest within Asean. Singapore has the lowest at 17 per cent, Vietnam, Thailand and Cambodia at 20 per cent and Indonesia at 22 per cent.

“Having said that, lower corporate tax is not the only component to attract foreign direct investments (FDIs). There are other key factors such as good infrastructure, human resources and clear regulations,” said Tengku Zafrul.

In a recently released pre-budget statement, the Ministry of Finance (MoF) had said that the government is considering measures to increase tax revenue through increased tax compliance as well as address the issue of revenue leakages, especially involving the smuggling of high-duty goods estimated at RM5 billion per annum.

In a Pre-Budget Statement, the MoF said that among the recommendations in the study is the implementation of the Special Voluntary Disclosure Programme (SVDP) for indirect taxes administered by the Royal Malaysian Customs Department.

It also said the government is aware that a conducive investment environment, whether for foreign or domestic direct investments, encompasses many aspects, including economic and political stability, consistent and transparent policies, efficient labour market, level of infrastructure facilities, sound governance structure, strong legal framework and decent quality of life in Malaysia.

“Fiscal incentives, including taxes, are one of the many factors that can attract investment; they can play an important role as a strategic policy tool in order to drive investments in Malaysia.”

As for addressing revenue leakage, MoF in the 17-page document said the Multi-Agency Working Group, chaired by the MoF to formulate strategies to curb smuggling activities, has been further strengthened by the participation of the Malaysian Anti-Corruption Commission and the National Financial Crime Prevention Centre.

Elaborating on investors’ confidence and FDIs, Tengku Zafrul acknowledged that it has been affected severely due to the COVID-19 pandemic and to some extend the domestic political situation.

“Additionally, what is equally important is the direct domestic investment (DDI), which we continue to emphasise on,” said Tengku Zafrul.

On other developments, the Finance Minister said the government will not tap into the national reserves to fund the upcoming budget.

“Other infrastructure projects that may require private sector participation will be railway projects that has been announced recently.”

Commenting on political stability, he said the Keluarga Malaysia concept introduced by Prime Minister Datuk Seri Ismail Sabri Yaakob is focused on continuity and particularly on the COVID-19 challenges.

"Political leaders must strive for political stability, as we know, political turbulence is too costly for our economy and impacts investor confidence in the short term, medium term and also long term.

"More importantly, we must also regain the confidence of Malaysians on the government's exit strategy, fundamentally. We must work together as a family or Keluarga Malaysia," he stressed.

In addition, Tengku Zafrul is optimistic that together with the opposition politicians, they will work together to support the nation's recovery and build a more resilient and sustainable future for all.

"For us at the Ministry of Finance, just like Budget 2021, we will strive to consult as many parties as possible in preparing Budget 2022. In fact, we have started the stakeholder engagement.

"We will look at how to get feedback which we can include in our recovery resilient reformed budget.

"I'm optimistic that a safe passage for Budget 2022 will be created and the government is given ample space and support to navigate through these tough terrains in the short to medium term accommodating economic recovery," he said.