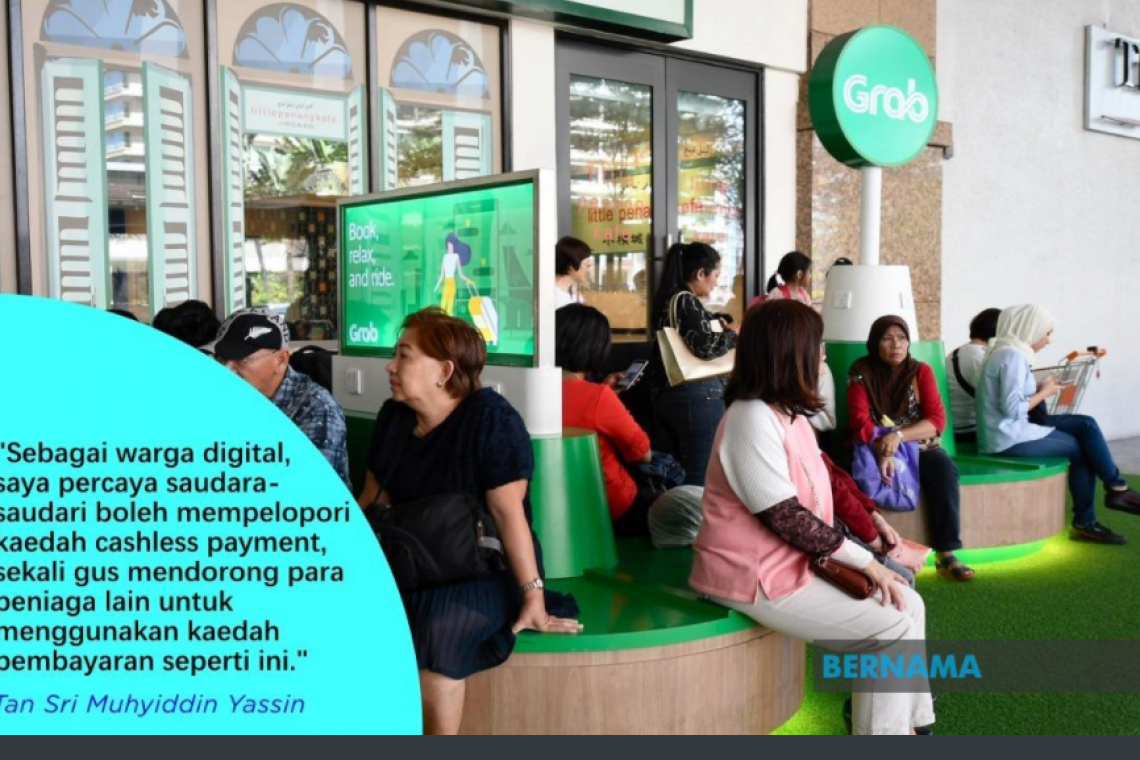 KUALA LUMPUR, June 1 – Today’s youths are the generation of digital natives who play a very important role in steering and ensuring the success of the digitalisation efforts in the country, Prime Minister Tan Sri Muhyiddin Yassin said.

He said youths, or in Malay, “belia”, in the country are so lucky as they are able to make optimal use of digital applications to increase their knowledge, to communicate with each other, and even to find job and business opportunities.

“The government always encourages youths to continue exploring innovations and become idea initiators in line with the development of new technologies,” he said when virtually officiating the eBelia programme today.

Muhyiddin also expressed hope that youths would take the opportunities made available through the eBelia programme, which is one of the initiatives announced under Budget 2021, to support local entrepreneurs, most of whom are the youths themselves.

“As digital natives, I believe you can spearhead the adoption of cashless payment method and encourage other business operators and traders to adopt the cashless solutions,” he said.

The Prime Minister said the eBelia programme had been improved through the PEMERKASA (Strategic Programme to Empower the People and Economy) initiative, in which the credit value has been increased from RM100 to RM150 for each recipient, which can be claimed from e-wallet operators in various forms such as vouchers, cashback and reward points.

Muhyiddin said with an allocation of RM300 million, the programme was expected to benefit two million Malaysian youths and full-time students aged 18 to 20 (born in the year 2001 to 2003).

“The programme is also expected to encourage businesses, especially micro-, small- and medium-scale enterprises (SME) to adopt the cashless payment method,” he said.

He said the government has always supported the people and businesses, especially the SME that were operating in this era of digitalisation with most payment transactions were done online or using cashless solutions

“The Bank Negara Malaysia’s report shows that the e-wallet transactions in 2020 had increased by 131 per cent to 600 million transactions…and more traders had registered to accept payments through QR Code with the number of registrations showing more than a two-fold increase at the end of last year,” he said

“For youths who were keen on venturing into business, the government has also allocated various funds, including those which focused on pushing the traders to inculcate adoption of digital elements in their business operations,” he said, citing the Bank Negara’s SME Automation and Digitalisation Facility.

At the same time, he said the government has begun to implement various aspects of digitalisation in its business with the aim to achieve cashless payments for all government services by 2022, in line with the objectives of Budget 2021 to improve the public service delivery.

“This means that members of the public no longer have to queue to make payments at the counter… Alhamdulillah, I would like to mention that, last year, 60 per cent of the government’s revenue collection was through e-payment,” he said.

Meanwhile, Muhyiddin also expressed his appreciation for the cooperation of e-cash service providers involved in the eBelia programme and hoped that such public-private cooperation could be continued and expanded.

Earlier, he said the digital natives, who are the main generator of the national digitalisation agenda, made up 13.4 per cent or more than 3.9 million of the Malaysian population.

He said the United Nations International Telecommunication Union has also named Malaysia as the country with the largest population of digital natives, who are youths aged 15 to 24 with at least five years of active internet use.